In this Daily: The Shifting State of World Urbanism

Today is World Urbanism Day, a day founded by Professor Carlos Maria della Paolera of the University of Buenos Aires in 1949 to raise awareness around the world, primarily in local governments, for how thoughtful planning of towns and cities can create livable communities.

The holiday came just five years after World War II as much of the world was in a process of rebuilding and growth. Against this time of change, the push for smart urbanism encouraged town builders around the world to plan communities in a way that would encourage the wellbeing of residents and surrounding natural environments.

The 1950s brought a boom in town planning, especially in the United States, with a rise of suburban living that coincided with the rise of mass production and mass consumption. This movement in place building would have far reaching effects in the ways that societies developed over the next half of the 20th century.

The 1990s brought a response to suburban sprawl, with the now-matured town planning method showing some of its flaws. A dependence on the automobile, a lack of interpersonal and community-wide connections, an encroachment on the environment, and a commoditization of homes and towns were all unfortunate results of the spread of the suburbs.

Many forms of new urbanism, including the formally named New Urbanism, began to take shape. These new movements sought to counter the sprawl, focusing on more compact planning to enhance communities and human wellbeing, and place a greater focus on nature. The different skews of this new urban movement answer the questions of human and environmental wellbeing in different ways, including Las Catalinas, which has taken a radical car-free approach to urban planning. 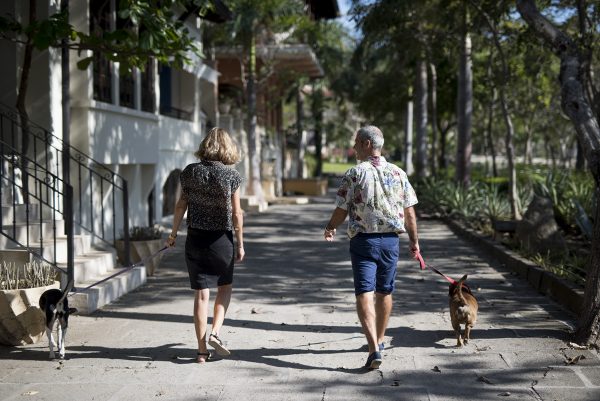 Perhaps the most defining factor of the new urban movement is the question of transport around cities and towns. The behavior of a community is tremendously dependent on the way its people move around. Look only to how a new rail line can rejuvenate a neighborhood, how a bus stop can spark growth in its immediate vicinity, how larger parking lots can fuel a commercial district, or how a new trail or bike route can bring sociability to previously unused parts of town.

In pre-existing towns, these changes are gradual, like in Toronto and Atlanta, where piecemeal changes to the urban landscape have brought increased public and shared transport, revived green spaces, and created walkable neighborhoods and public spaces.

Towns and developments built after the rise of these movements can be constructed entirely around these new urban principles, with two extremes. On one hand there are the “cities of the future” being built in China and Abu Dhabi, which are constructed from the ground up with an emphasis on new clean technology and transport, with reserved green spaces. These cities plan to embrace the speed of life that has come with modern living, integrating fast, sustainable transport and efficiency of travel throughout densely populated urban areas.

One rendering of Masdar City, a planned city in Abu Dhabi | PC: Commons

On the other end of the spectrum there is Las Catalinas, a car-free walkable town that has chosen to keep high-speed transport at an arm’s length, embrace compact urban design that welcomes nature in and around the town, and emphasize a more deliberate and steady way of life. Its timeless traditional architecture, walkable streets, and the preservation of nature are a fitting counterpoint to hyper-modern, hyper-speed developments, choosing to build on the learnings of some of the world’s favorite historic places. 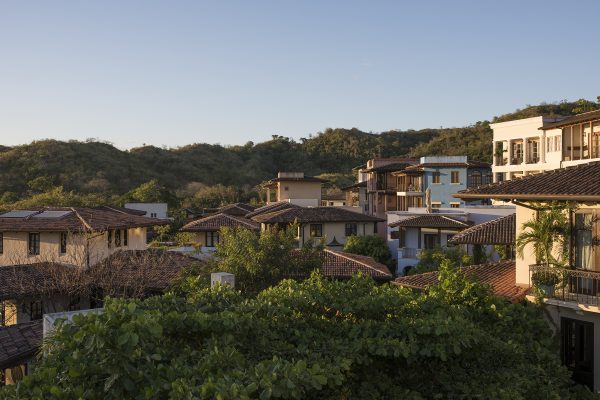 The vast extent of human history took place before the invention of the automobile, including the creation of some of the world’s favorite places. After more than one hundred and fifty years of living with cars, urban planners have realized that there is a great deal to learn from these pre-car towns, places built around the wellbeing of their communities without the extra restrictions of accommodating powered transport.

Today, there is more technology to assist in urban development than ever before, allowing existing towns to evolve to more human-centered structures and transportation, and supporting the creation of high-tech cities.

In Las Catalinas, the movement to human-centered urbanism has taken a more steady, natural progression, one which brings people together in a way that is more social, more physically active, healthier, and allows for the preservation and protection of nature. Surrounded by great beauty both manmade and natural, and good people that are easy to know face to face, life takes on a different rhythm. 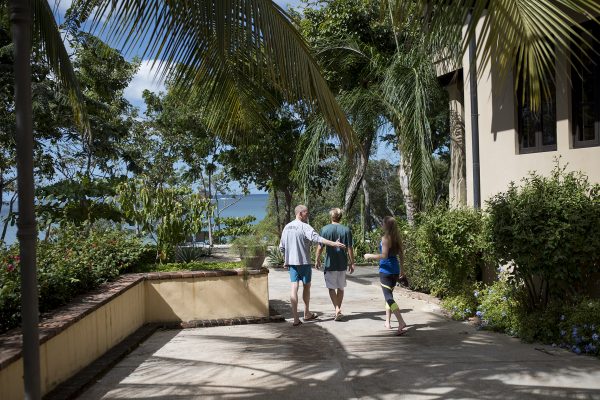 The urban design of Las Catalinas creates a lifestyle that is more social, healthy, and active