In this Daily: Town’s Architectural Style and Innovating within Timeless Traditional Architecture

The architectural style in Las Catalinas is best described as timeless tropical traditional, a name which captures the function, influences, and intention of these homes.

First and foremost, homes in Las Catalinas are designed with the considerations of life in the tropics in mind. These homes are constructed using materials that adapt to environmental factors like heat, sun, wind, salinity in the air (on the coast), and rain. Slanted rooftops, thick walls, high ceilings, clever ventilation, and other structural considerations provide respite from the same elements for their residents and visitors. Then, features like indoor-outdoor living, pools, and outdoor terraces help the elements become part of life in the home.

These ideas aren’t drawn from scratch. Instead, town architects look to bring influence from the well-studied, well documented successes of the some of the world’s favorite places. Cinque Terre, Eze, Havana, Cartagena, Morocco, and many other cities in the Mediterranean and the New World tropics each have a rich architectural tradition to learn from, and town architects distill these learnings to apply to homes in town.

However, these homes are not designed to be imitations from other locations dropped in Costa Rica. Instead, the learnings of traditional architecture are a base upon which to start. From this base, town architects apply modern learnings and technology, consider topography and position in town, and add a touch of their own architectural creativity to complete the home.

This process results in timeless buildings that respond to modern times, have their own identity, and whose architecture has already shown its longevity, both physically and stylistically. 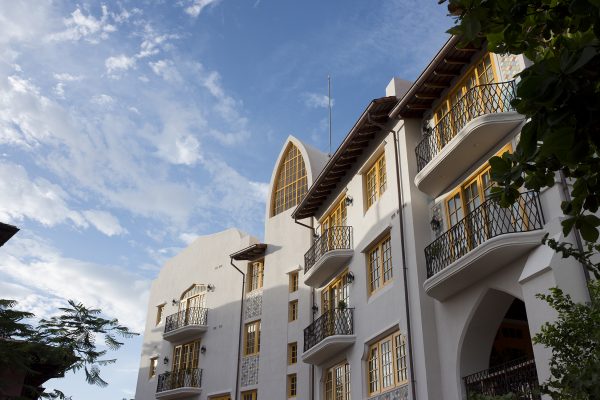 One very important aspect of using traditional architecture in the modern era is the fact that there is still much room for creativity and innovation. To the skilled traditional architect, study of past successes doesn’t mean simply imitating them, but rather utilizing the collective wealth of existing architectural knowledge.

For thousands of years, architects have worked to solve problems unique to every environment and situation on the planet. By studying what has worked in the past, traditional architects don’t need to solve problems that already have solutions. These past learnings and principles form a base of knowledge, which the architect can tap into as they work to design something that is still entirely new.

In many ways, traditional principles are like a set of tools. They make work easier and more efficient, and remove the need to solve the problems that have already been solved, but the ultimate product is up to the craftsman.

When a town follows a unified set of traditional principles, the result is a sense of cohesion, even when many architects with many different ideas contribute. By starting with a joint understanding of tradition, principles, and common standards, architects can design creative, beautiful buildings within a cohesive architectural style. 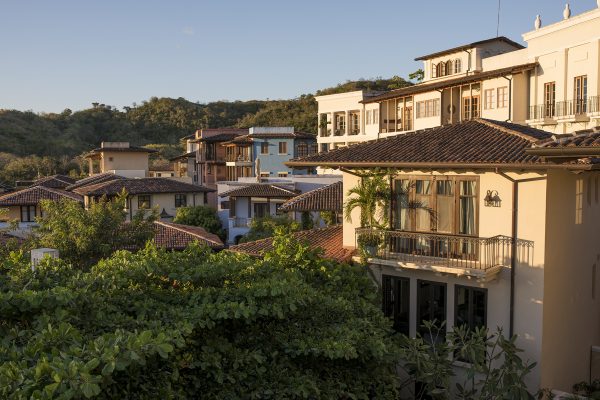 A Walk Along the Streets of Las Catalinas

The benefits of drawing from a common architectural tradition, as well as the possibilities of creativity and innovation with a town, are visible walking along the streets of Las Catalinas. There’s no jarring clash of architectural styles, but each home has a clear identity, offered to the streets in details as simple as the design of the doors. Inside, the homes of Las Catalinas are even more distinct, providing a vastly different experience due to any number of interior or architectural features. 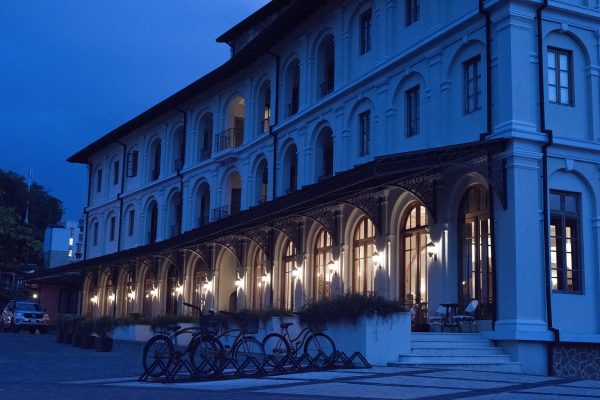