In this Daily: The 9th Annual Pura Vida Ride Paddle Battle Has Been Announced 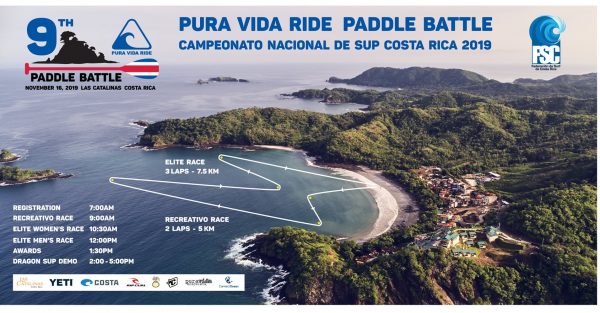 The Paddle Battle has continued to grow over the years, and last year’s event featured the highest-stakes competition yet, as paddlers from the Costa Rican national circuit made their final stop to qualify for the Central American Games.

Last year’s event also featured a 4 person Dragon Sup competition with the Panamanian national champions, which invited all newcomers to try out the sport with some of the continent’s best.

This year, there will be a recreational race to start the day, separate elite races for both men and women as the final race of the national circuit, awards, and then an open Dragon SUP demo at the end of the day.

Stand Up Paddle in Las Catalinas

The Paddle Battle brings together lovers of stand-up paddle from around Costa Rica, including many paddlers from around Las Catalinas. Town and its surroundings encourage a naturally active lifestyle filled with different sports, and thanks to the sheltered cove and beauty of the Guanacaste coast stand-up paddle is among the many favorites. Taking a tour around the cove, settling in for some stand-up paddle yoga, or setting off to race are all possible offshore of Playa Danta, which has historically led to a strong showing from friends and residents of town. 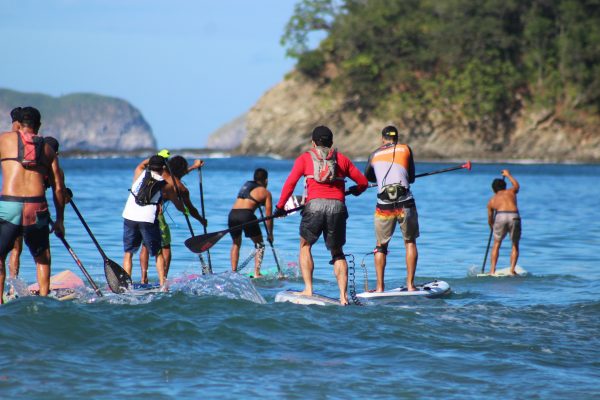 This year, the Paddle Battle will once again be the site of the final stop of the Costa Rican national circuit, bringing with it the high quality competition that the race has become known for. Time will tell which friends and residents of town will rise to the challenge, but the whole day is always a fun one. 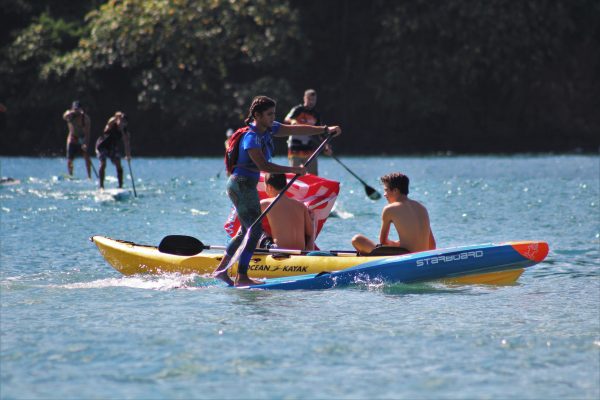 You can follow the Paddle Battle Facebook page for more information on the event and registration, as well as photos, videos, and other updates as the event gets closer.

The Paddle Battle will be taking place this year the day before the Intrepid Challenge, which makes for an exciting weekend of outdoor adventure in town. See below to learn more about special offers from both the Santarena Hotel and the Las Catalinas Collection when you stay for the weekend.